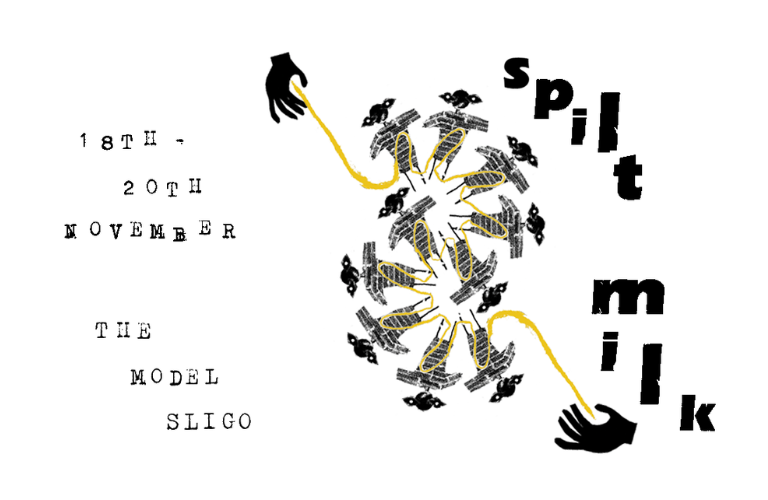 After three years of multi-venue hopping around various pubs, clubs, galleries, cafes and spaces across Sligo town, Spilt MIlk, the north-west festival dedicated to experimental and alternative sounds, returns to The Model, its new primary home. Over three days, from 18th to 20th November, the festival will once again prod the margins of Ireland’s leftfield musical spheres.

For the 4th edition, the curatorial approach remains unchanged with this year’s line up featuring a mix of returning faces, some in new guises, along with a selection of debuts and rare appearances from Ireland’s experimental, electronic, punk and folk scenes.

Junior Brother will make their first trip to Sligo and for their performance at Spilt Milk will play as a five-piece. The project of Co. Kerry singer Ronan Kealy, conjures music that is both excitingly forward-looking and anciently evocative. Autumns is an outlet for electronic post-punk, fused with elements of dub and sound experimentation. The Number Ones make a welcome return to the live stage with a new iteration, these east-coast rockers will bring their energetic power-pop.

Elsewhere, expect pounding rhythms from melodic post-punk trio Extravision also resurfacing with a new lineup, while new bands come in the shape of Snake with their blistering cacaphony of hardcore punk and Moving Statues, a new collaboration from Galway veterans Brian Kelly and Keith Wallace offering up noise-damaged synth pop.

Marge Bouvier, return to Split Milk after their debut appearance in 2019, the Simpsons dubbed Sligo experimental outfit provide local-flavoured absurdities and making the furthest journey is the Cork-based DIY stalwart Declan Synnott, re-working his new album based around synthesised and accidental sound for a live setting.

The festival also sees two special events; utilising The Model’s big screen, a rare showing of the 1920’s horror cult classic “A Page of Madness” will be presented by Aoife Wolf in collaboration with Phil Quinn and Cameron Clarke coming together to perform an original live score. For young punks there’s a gig of their own. Channelling wizardry and theatrics, a wizard costume workshop led by multi-disciplinary artist Jessica Bruen will open out into a live show with DJ Sinister Pete and Synth-druid Fulacht Fiadh.

A weekend pass for all live performances (except Junior Jam gig and workshops) is €35 – buy now.

Spilt Milk is curated by Binder, formerly Art for Blind and Commissioned by The Model, funded by the Arts Council. Tickets are on sale now from The Model.