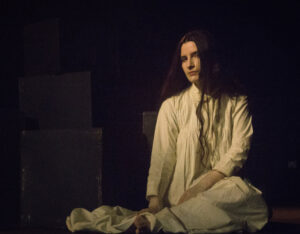 Jessica Bruen is a multidisciplinary artist based in Sligo, Ireland. They spend their time creating traditional theatre pieces and soft sculpture  that range across topics from identity, to aesthetic horror to common creature comforts. They are currently pursuing a Masters in Creative Practice as Research at IT Sligo researching queer theory in the everyday and the breakdown of gender binaries. 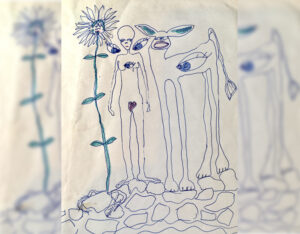 Tara Baoth Mooney makes music, art and performs herbs. Rian trench is an artist, musician and producer exploring hidden sound. Both do other things too. 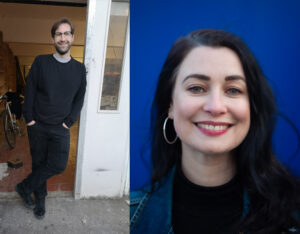 Amanda Feery is a composer working with acoustic, electronic, and improvised music, and has written for chamber and vocal ensembles, film, theatre, installation, and multimedia. Much of her inspiration comes from literature, cultural criticism, folk music, and the natural world.

Declan Synnott makes music based around analogue synthesis. Largely abstract and intended as a broad, interpretive sound palette, rather than purposefully obtuse experimentation. 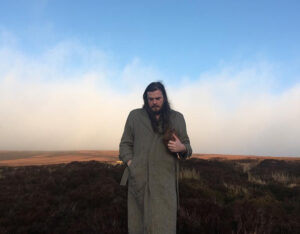 John Francis Flynn is a singer and multi-instrumentalist whose work centres around traditional and folk material from Ireland and further afield. He is a founding member of the band, Skipper’s Alley, with whom he has toured extensively throughout Europe and America. While supporting Lankum on their 2019 UK tour he caught the eye of Geoff Travis and Jeanette Lee who quickly signed John to their Rough Trade imprint label, River Lea. River Lea will release John’s debut album “I Would Not Live Always” in Spring 2021. Produced by the highly regarded up Brendan Jenkinson (Aoife Nessa Francis, Maria Sommerville, Cloud Castle Lake). 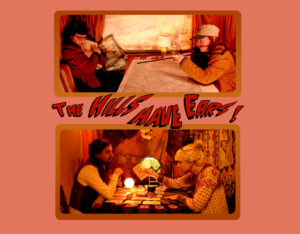 THE Hills Have Ears

The Hills Have Ears is an audio-visual collaboration between Ruth Clinton, Aoife Hammond, Cormac MacDiarmada and Niamh Moriarty. As part of this year’s Spilt Milk AV Festival, Ruth and Niamh are investigating the long-abandoned Sligo, Leitrim and Northern Counties Railway that runs between their respective homes in Sligo Town and Glenfarne, Co. Leitrim. They consider these disused tracks as lines of thought, along which ideas of western identity, binary political thinking, power, progress and complicity, and ‘Wild West’ film history intersect. This specially formed house band will respond through experimental sound and video to ideas of power and progress throughout the history of the Irish State (using the train line as a former vision of modernity). 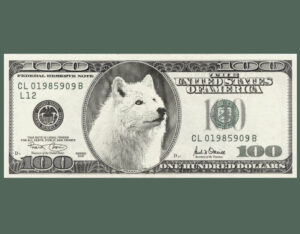 Dreamy layers of swirling textures and washed out vocals and synths – sometimes pop, sometimes exploratory – HowlBux creates atmospheres from the serene and hypnotic to dense and immersive. 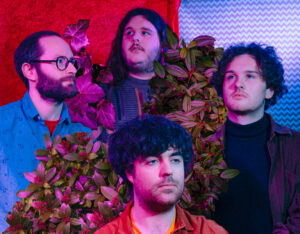 Incorporating the imprint of post-punk, Krautrock and psychedelia, and based across the island of Ireland, Junk Drawer’s intuitively loose and idiosyncratic brand of indie rock mines anthems from their crate-digging tendencies – drawing on post-punk, krautrock, psychedelia and art rock – reaching an unpigeonholeable, singular approach to creation & live performance. Featuring multi-instrumentalists & vocalists Stevie Lennox, Jake Lennox, Brian Coney and Rory Dee, they’re driven by the inevitable harmony and discordance that comes from the sibling creative rivalry at the helm, and a fluidity of instrumentation that makes the band unlike any other indie rock proposition. 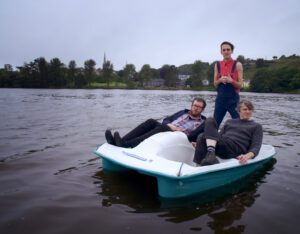 Originating in Sligo on the north west coast of Ireland, Myles Manley is a singer/songwriter who has been releasing music as ‘popstar’ Myles Manley since 2012. With incisive and idiosyncratic songcraft, and a unique vision of the Irish experience, Myles Manley first distinguished himself with critically acclaimed releases Greatest Hits 2012-2013 (2013) and More Songs (2015).

Of mixed Irish and English heritage, Myles was born in York and spent his early life in Newcastle-upon-Tyne and West Kirby before his family settled in Sligo when he was seven years old. While completing a degree in mathematics at Trinity College, Dublin he travelled to New York and became involved in the antifolk music scene centered on the East Village’s Sidewalk Café, where he began writing what would become the music of Myles Manley. An arresting blend of art-rock, outsider folk and pop sensibility, Myles Manley’s songs offer a pleasingly discordant cross of acerbic gloom and Whitmanian jubilance. 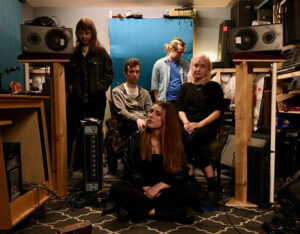 Blistering post-punk 5 piece, who formed in Dublin in 2015 before going on hiatus. They resurfaced in October of this year with first single in 5 years ‘Laundries’. 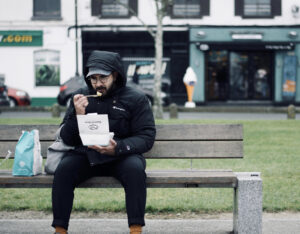 Dublin based producer and DJ Moving Still brings together parts of his Irish and Saudi heritage to make his fragrant sounds.

A veteran DJ on the Dublin scene, he made his debut as an artist with his mixtape for Irish collective wherethetimegoes in 2016. With support from Resident Advisor and Sloth Boogie, his debut EP ‘With Oud’ was released by Nail Shop Records in March 2019. His collaboration with Bahraini label Dar Disku Records also began in 2019, with his bass-heavy edit of wedding classic ‘Bas Asma3 Meny’ and infectious disco floor-filler edit of ‘Sidi Mansour’, which took the festival circuit by storm. Premiered by Mixmag, it has been featured in sets by Palms Trax, Hunee, Skatebard, Nabihah Iqbal and Esa Williams. ‘Sidi Mansour’ was also selected as one of Resident Advisor’s Top Vocal Bangers of 2019 and picked as one of the Top 50 Middle Eastern Tracks by Scene Noise. 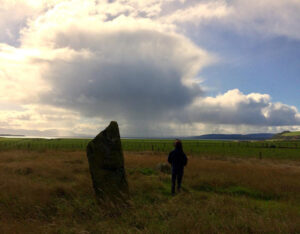 Ailbhe Nic Oireachtaigh is a viola player based in Glagsow whose playing is influenced by improvised, traditional and early music styles. She has played with a variety of musicians and groups which include Woven Skull, Josephine Foster, Circuit des Yeux and Alasdair Roberts and Irish improvisers David Lacey, Aonghus McEvoy and David Donohoe. Her first solo recordings were released by Fort Evil Fruit under the title Oreing and include four semi-improvised pieces for viola and tape delay. 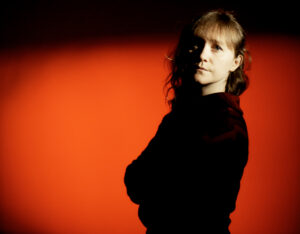 Brigid Mae Power is an Irish singer songwriter and multi instrumentalist who paints her songs in dreamily expansive strokes. Thus far she has toured throughout Ireland, UK and the US together with artists including Lee Ranaldo, Richard Dawson, Alasdair Roberts, Peter Broderick and Ryley Walker. 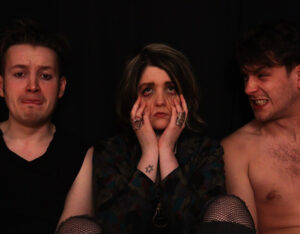 Pretty Happy are a three-piece Art Punk act from Cork known for their dynamic live performances and electric eccentricities. Made up of siblings  Abbey Blake, Arann Blake, and Andy Killian, the trio have established themselves as one of the most exciting acts on the Cork music scene. They use a combination of absurdist lyrics, demented emotions and idiosyncratic melodies to create an all consuming noise rock sound. 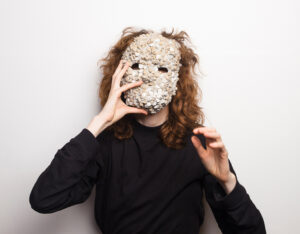 Rising Damp is the solo project of Dublin based visual artist and musician, Michelle Doyle. Originally a bass player in punk band Sissy, Damp expanded her practice to include drum machines, synths and spoken word. Current performances include materials from residencies in military harbour town, Cobh in Sirius Arts Centre and a Sleep Concert on Dublin Digital Radio. She collaborates frequently with art/techno collective, Repeater and has been featured in their publications and tapes in 2018 and 2019.

Ten Past Seven emerged from the primordial bogs of Kerry in 2002 and have charted their own unique journey through the math rock/bog prog/alternative music scene ever since. 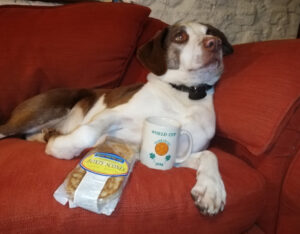 Often to be spotted at gigs, Willie, Natalia and Rooster live in Co.Leitrim. Willie and Natalia make music, both solo and as two-thirds of Woven Skull, host gigs, run record labels and broadcast on DDR. 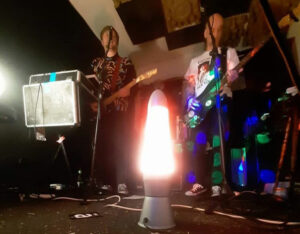 They formed briefly in 2016 but had to put things on hold until last year. By March of this year they had their first gigs booked…